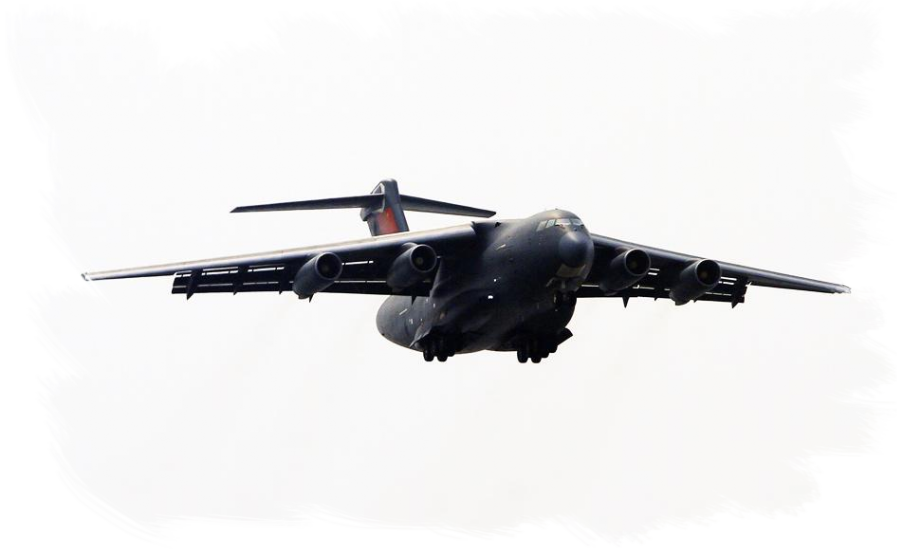 But the Xian Y-20 (“Y” for Yun, meaning “transport”), roughly in the same class as the U.S. C-17 or the Russian Il-76, is probably still a long way from being fully operational — to say nothing of it being militarily effective. A lack of custom engines limits the new plane’s potential.

State-owned China Central Television depicted the four-engine jet transport taking off from what was probably the military airfield in Yanliang, central China, home of the People’s Liberation Army Air Force testing establishment. The Y-20, still wearing only its yellow primer paint, flew what appeared to be a short test flight and landed in front of a crowd waving Chinese flags. It seems the transport’s landing gear stayed down for the entire sortie — a standard precaution in early tests of new planes.

“The successful maiden flight of Yun-20 is significant in promoting China’s economic and national defense buildup as well as bettering its emergency handling such as disaster relief and humanitarian aid,” the government-run Xinhua news service announced Saturday.
Development of the new transport began no later than 2005, and was possibly spurred in part by the massive earthquake that killed tens of thousands in Sichuan in 2008. In the disaster’s aftermath, the PLAAF — which has long favored jet fighters over more mundane support aircraft — was able to deploy only a handful of small cargo planes carrying relief supplies. The U.S., by contrast, sent in two Boeing C-17s — welcome assistance but also embarrassing for the Chinese Communist Party.

The Y-20 is the latest in a chain of new Chinese airplanes. Since late 2010 Beijing has debuted two stealth fighter prototypes; a new carrier-based naval fighter; plus radar and patrol planes, two gunship helicopters and, now, a heavyweight cargo plane at least as capacious as Russia’s workhorse Il-76, which China also possesses and which seems to provide the basis of the Y-20′s design. Beijing may also have acquired some of the C-17′s blueprints from a spy working at Boeing.

As with China’s other new warplanes, the Y-20 prototype is apparently fitted with older, Russian-made engines rather than purpose-designed motors. A lack of suitable powerplants has slowed progress on many of the new planes. The Y-20′s current D-30 engines are low-bypass models better suited for supersonic fighters than an efficient, slow-flying cargo hauler. Beijing has poured billions of dollars into developing new engines but so far has little to show for it.
“The giant aircraft will continue to undergo experiments and test flights as scheduled,” Xinhua said of the Y-20. But that doesn’t mean the new transport is close to being ready for frontline use.