The Cicare CH-14 Aguilucho (Spanish for "Little Eagle") is a light helicopter manufactured by Cicare Helicopteros S.A. of Argentina. The helicopter is intended for use in civil, security and military roles.
Design and development
In 2005, the Argentine Army Aviation commissioned Agusto Cicaré to build a light helicopter. The prototype was completed early in 2007, and the first flight occurred on 19 March 2007. The prototype made its public debut during "Army Aviation Day" on 23 November 2007. 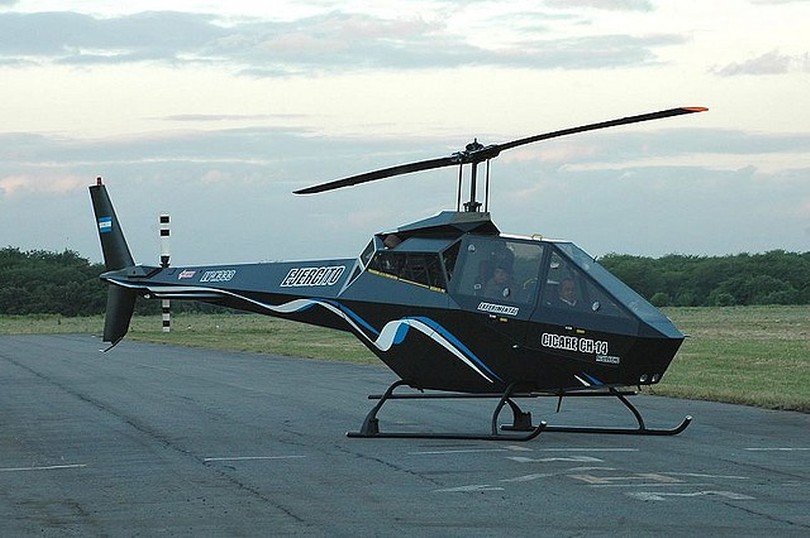 Interior:
Composite monocoque, with a spatial configuration derived from the ergonomics of pilots.

Fuselage:
Aeronautical quality, 4130 steel tube welded in space-frame mode. Supports and contains all the main elements of the aircraft, including the cockpit for the pilots.