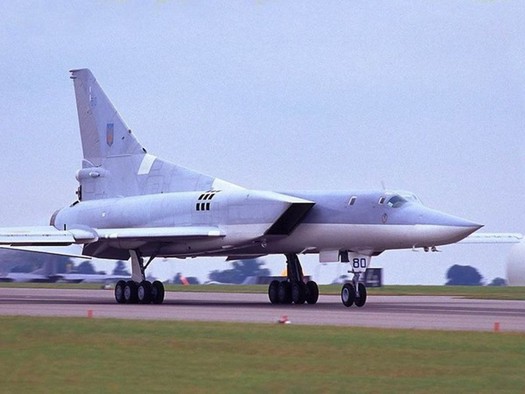 The Tupolev Tu-22 had not proved particularly successful, in some respects being inferior to the earlier Tu-16. Its range and take-off performance, in particular, were definite weak points. Even as the Tu-22 was entering service, OKB Tupolev began work on an improved successor.

As with the contemporary MiG-23 and Su-17 projects, the advantages of variable-geometry wings seemed attractive, allowing a combination of short take-off performance, efficient cruising, and good high-speed, low-level ride. The result was a new swing-wing aircraft called Samolyot 145 (Rus. Aeroplane 145), derived from the Tu-22, with some features borrowed from the abortive Tu-98. The Tu-22M was based on the Tu-22's weapon system and used its Kh-22 missile. The Tu-22M designation was used to help get approval for the bomber within the Soviet system.

The first prototype, Tu-22M0, first flew on 30 August 1969. The resultant aircraft was first seen by NATO observers shortly thereafter. For several years it was believed in the West that its service designation was Tu-26. During the SALT negotiations of the 1980s the Soviets insisted it was the Tu-22M. At the time, Western authorities suspected that the misleading designation was intended to suggest that it was simply a derivative of the Tu-22 rather than the more advanced and capable weapon it actually was.

Variants
Backfire A - TU-22MO -- The first TU-22M received the designation TU-22MO but was only produced in small quantities due to inadequate performance. In February 1973 two TY-22Mo bombers were transferred to a training center.

Backfire A - TU-22M -- The first prototype of the TU-22M was finished in July 1971. The test phase of the few TU-22M lasted four years, after which they were deployed with Soviet Naval Aviation.

Backfire B - TU-22M2 -- The first large-scale modification of the TU-22M was the TU-22M2, which conducted first flight tests in 1973. It was equipped with NK-22 engines, had range of 5100 km and a maximum speed of 1800 km/h. It carried up to three Kh-22 air-to-surface missiles. The aircraft did not have an automatic terrain-following system but was nevertheless capable of low-level flight to overcome air defenses. In 1976, the TU-22M2 was deployed with the air force and naval airforce. A total of 211 TU-22M2 aircraft were produced at the plant Nr.23 in Kazan between 1973 and 1983. Soon after series production of the TU-22M2 began, the aircraft received new NK-23 engines to increase speed and range. The NK-23 is a booster version of the NK-22 engine, which did not achieve the expected goals.

Backfire B - TU-22M2Ye -- Some aircraft were outfitted with new NK-25 engines and an sophisticated new flight-control system. They were designated as TU-22M2Ye, but did not achieve improved flight characteristics.

Backfire C - TU-22M3 -- During subsequent upgrades the nose was lengthened, the air intakes changed and the maximum angle of 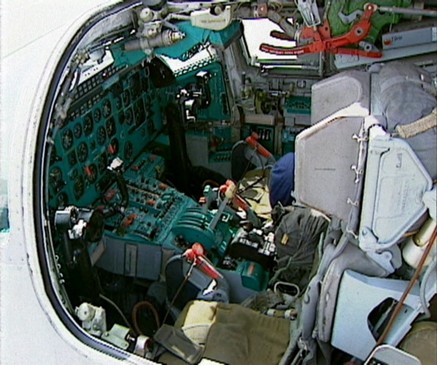 the swept-variable geometry wings increased up to 65 degrees. The aircraft received the designation TU-22M3 and carried out its' first flight test on 20 June 1977. The TU-22M3 began operational evaluation in the late 1970s, and in 1983 it was introduced into the active inventory. Cleared of some of the shortcomings of its predecessor this aircraft soon proved its worth in service with long-range and naval aviation units. The range of the bomber was increased to 6800 km, the maximum speed up to 2300 kms/h and the payload was twice that of the Tu-22M2. The bomber is equipped with a maximum of three Kh-22 cruise missiles or up to ten Kh-15 (AS-16) short-range missiles. It can also carry nuclear bombs. In 1985 the TU-22M3 conducted high-peed flight tests at low altitude that demonstrated the capability of countering air defenses.

Backfire - TU-22ME -- Improvement of flight and fighting characteristics continued, and in 1990 the TU-22ME was developed.

A small number, perhaps 12, of Tu-22M3s were converted to Tu-22M3(R) or Tu-22MR standard, with Shompol side-looking radar and other ELINT equipment. A dedicated electronic warfare variant, designated Tu-22MP, was built during 1986, but to date only two or three prototypes have apparently been built. Some surviving Tu-22s have had equipment and avionic upgrades to Tu-22ME standard (which does not have a separate NATO reporting name at this time).

Total production of all variants was 497 including pre-production aircraft.