The Launching of the two Titus

In Argentina in 1966, during a period of large, public achievements, they launched the two Titus'. On the Chaco side, they were constructing the Chaco-Corrientes Bridge; the primary products all sold at good prices, there were excellent harvests of cotton, and because everything was done by hand (the direct reaping and sowing didn't exist) there was 100% occupation. Resistance surrounded an industrial cord that gave out jobs to many workers. The middle class was also starting to prosper. At that moment, they initiated rural electrification that elevated the quality of life for the population that lived in the interior of the province. At this time electro-domestics started to appear in the homes, as well as nationally made cars. In the province of Chaco they were projecting towards building an aqueduct that would give water to Saenz Peña and Villa Angela. Even with all this, it was difficult to be able to live in this province that had summers of 45º C in the shade, the inexistence of a supply of drinking water, dirt roads without asphalt, and the constant threat of unexpected floods. In this same year, a total solar eclipse would pass through the entire region, leaving it in the darkness. The Center of National Space Studies of France (CNES) and the National Commission of Space 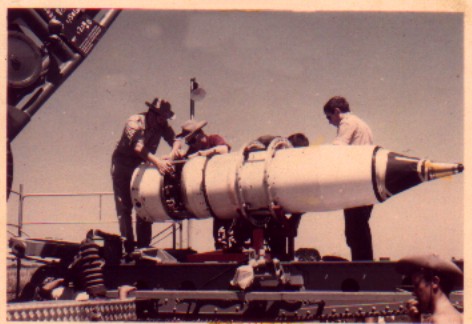 Investigations of Argentina (CNIE) joined together in an effort to study the sun's circle and the upper levels of the atmosphere during the solar eclipse, which would cover the greater part of Chaco with its shadow. They would do this by sending scientific rockets into the atmosphere from Chaco; they were the first rockets of that size launched from Argentina. This project finished with the incredible launch of the Titus' rockets, on November 12, 1966, in Lapachito on the national route Nº 11. They flew 260 km high. Taking into mind that the Astronomical phenomenon would be unique in this region, at a certain date, and a certain hour, they started the preparations 4 months before the event.

The city of Resistencia had very few blocks that were asphalted. At that time, it only had an air club, being that its national airport was under construction. The runway had been finished but it didn't have lighting, access roads, or a control tower. Everything still had to be done, and nevertheless two enormous cargo planes from France landed there with all the equipment necessary to launch the rockets from our province. The 70 French technicians arrived in an Avro turbo-helices of Aerolíneas Argentinas that landed in the air club in order to mount the rocketry system. This is the moment in which I meet the group of French and Argentine technicians that offered me the job of translating between the two groups, which I accepted immediately, astonished by the rally of high technological rocketry which we hadn't had the chance of seeing yet in Argentina and much less in Chaco. Daily, I accompanied them to the control in Lapachito (about 50 Km from Resistencia). At the same time, I eased the dialogue that allowed the local technicians to mount the bases and the infrastructure needed to correctly launch the rockets. I also collaborated, with my acquired knowledge from a curse in electronics and a curse as a radio technician, in the sector of connections, circuit welding, and connecting cables from the command board to the rockets themselves. Even though the mission was that of the latest technology, the computers didn't exist, we had to use logic circuits to detect errors. In this project, they implemented, for the first time, international, technical rules with quality systems during the entire process, which permitted the mission's success. Although the difference in languages seemed something like the tower of Babel (in which were involved some French businesses, Argentines, and many other local workers, as well as others from the bordering countries of Paraguay and Bolivia), they were able to work together, coordinate, and create an environment of harmony. 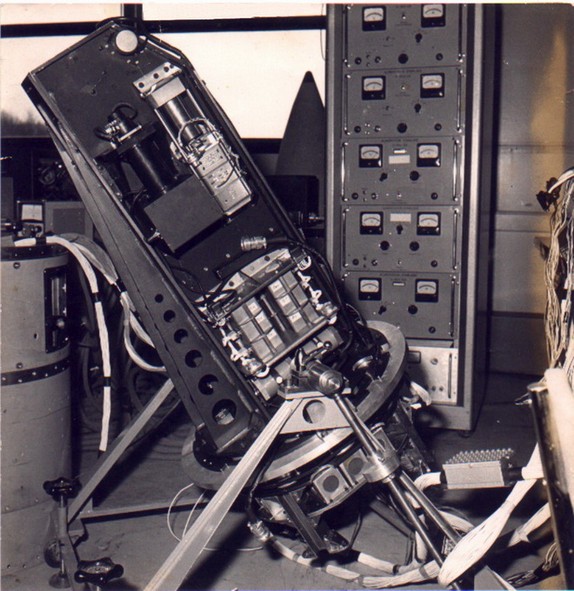 Before the launch, they did launch simulations to make sure that all parameter were functioning correctly. The entrance to the base was restricted to all unauthorized personnel and the Argentine Air Force, Gendarmerie, and military police guarded it. All personnel had to have special permits and identification to enter; this was done to avoid the theft and the copying of technology. Even with the strict security, at a moment when all civilian work had already been done and the launch pads were 60% complete, a bus of Japanese tourists arrived, having heard about the experiment "by coincidence", and they wanted to see the base. They started to walk around and take pictures of the rockets, which infuriated the French technicians. A large part of the rocket's flight system was copied and registered that day. This all happened at a time when France was the third power world-wide in space technology, only behind the USA (with NASA) and Russia (with Soyuz), and at a time when access to their information meant a threat to their development of technology.

This operation took place in order to study the sun's atmosphere in the ultraviolet spectrum and to better understand solar interruption, radiation waves, and solar storms, etc. They had to take advantage of the total solar eclipse, in which the moon comes en front of the sun, covering it, and allowing us to "see" the sun's crown. We can add that all this would happen outside the atmosphere and in the ultraviolet spectrum, and that the data taken would be of great scientific value. They brought three complete ships to the Lapachito Pareja Base in Las Palmas, Chaco, two of which would be launched off and one of them would be used for spare parts, if needed. The rockets had three stages, with their different accessories, and two of the propulsion stages had solid fuel (a new fuel developed exclusively for rockets and testes for the first time in these experiments). It also had its respective spoilers for orientation and stability, a scientific capsule with its scientific instruments and compressed nitrogen in order to move the lenses towards the sun. Every rocket weighed 3,500 kg, was 12.5 meter longs, had a diameter of 80 cm, and carried a capsule, with a maximum cargo load of 400 kg, more than 260 km high. They possessed stabilizers with gyroscopes, an orientation system, and a very sensitive and precise automatic guiding system, which they still use today in long-range guided missiles and in putting satellites into orbit.

The Principal Operation during the flight:

T=0 sec.  They start up the propellants from the first stage and from the stabilizing system.
T=27 sec. The first stages' propulsion ends.
T=29 sec. They start up the propellants from the second stage.
T=48 sec. The second stages' propulsion ends and the directional command system, with the scientific instruments, is put into function.
T=69 sec. The capsules' protection is shot off.
T=72 sec. The scientific capsule is oriented towards the sun.
T=80 sec. to 460 sec. The scientific studies occur in the intersection of the sun's shadow and the data is sent back down to the launch pad.
T=500 sec. The capsule's recuperation system is turned on.
T=530 sec. The capsule impacted into Chaco's plain. 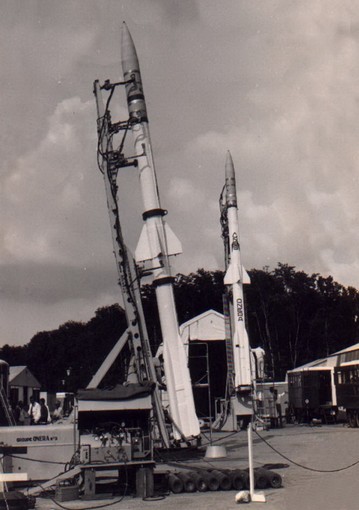 Antennas at the base collected information during the entire flight of the rockets. In order to confirm the information sent by the rockets, they realized a great search to find the fallen capsules, in order to collect the data within such as: movies, tapes, and other technical information that was vital for the mission. The first capsule was found within 48 hours in northern Formosa and its information was in a good state. The second was found 20 days later in a lake in Paraguay. Even at the beginning they knew were the capsule was, using beep radio beacons, but the region was very hard to access. The chancellor was forced to intervene but finally the scientific information was returned and was able to be analyzed. When the mission was finished, the base was totally dismantled. Many of the tools and instruments were given to the businesses and organizations from Argentina that took part in the mission. The rest of what was the solid fuel for the rockets, more than 5 tons, had been contaminated by the humidity and sand. It had to be burned to alleviate what the French had to take back with them. A short time afterwards, there was a rockslide at the base in paraje Lapachito leaving only one structure of concrete. The businesses and the nation's technicians that were involved in the mission gained experience and knowledge from their experience working with some of the newest technology of the era. Many of these Argentine technicians continued their work in France and in Guyana, working with rocketry, joining up with teams that launch communication and meteorological satellites into orbit, or working with sounds in the solar system with the European Union. The experience showed us that even without globalization in between that the mission could be accomplished in a coordinated fashion, resulting in a great addition to what is scientific and technological information.

By Remigio Colcombet,
coornor@inti.gov.ar
Coordinator of the region of NEA and NOA of the INTI