The FAE was officially created on October 27th 1920. However, like in many other countries, military flying activity started before the formal date of birth of the Air Force. The history of Ecuador is marked by many skirmishes with its neighbour Peru. As a direct result of the 1910 Ecuador-Peru crisis the members of Club de Tiro Guayaquil decided to expand their sporting activities to aviation as well. Renamed Club de Tiro y Aviación they started an aviation school. Cosme Renella, who gained his civil aviation license in Italy, was asked as an instructor and the first aircraft that arrived in November 1912 was a Farman. Surviving a crash during a demonstration flight, Capitán Renella went on to fight in Europe during the first World War. Renella was a true ace, as many as 17 combat victories are ascribed to him, and he received several distinctions in Europe. His efforts in the founding phase of Ecuadorian military aviation are still honoured today by naming the Escuela Superior Militar de Aviación after him.

Aviation did not start in earnest until the early forties when a Ecuadorian mission to the United States resulted in the delivery of an assortment of aircraft for the Aviation school at Salinas. Three Ryan PT-22 Recruit, six Curtiss-Wright CW.22 Falcon, six Fairchild PT-19A Cornell and three North American AT-6A Harvard arrived in March 1942, considerably boosting the capacity of the Escuela de Aviación at Salinas.

The fifties and sixties saw a further build up of the airforce, gaining more units and aircraft. Meanwhile efforts were made in enhancing the facilities at various airbases. In may 1961 the First Air Zone (I Zona Aérea) with its subordinate unit Ala de Transportes No.11 was founded. The Second Air Zone (II Zona Aérea) controls the units in the southern halve of Ecuador: Ala de Combate No.21 at Taura, Ala de Rescate No.22 at Guayaquil and Ala de Combate No.23 at Manta as well as the Escuela Superior Militar de Aviación (ESMA) at Salinas 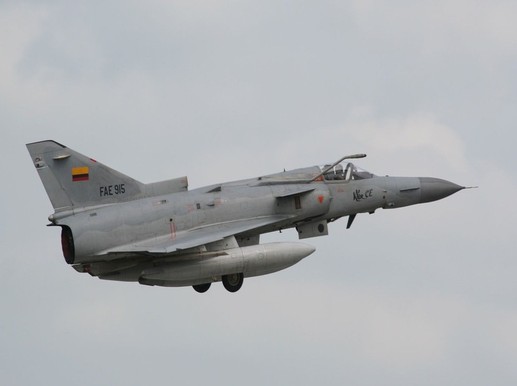