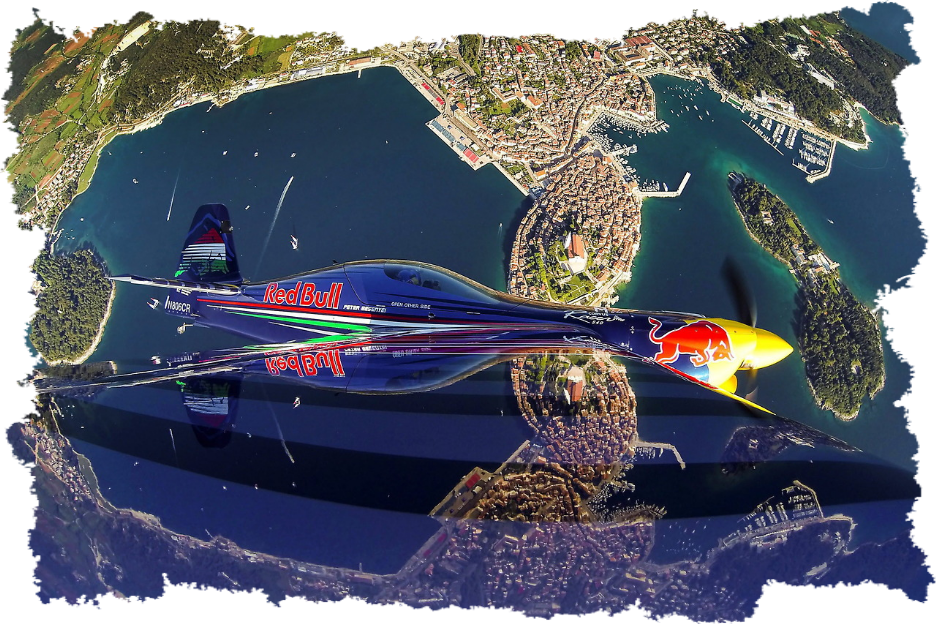 The Red Bull Air Race World Championship is an international series of races with the participation of at least eight pilots at each race. The objective is to navigate an aerial racetrack featuring air-filled pylons in the fastest possible time incurring as few penalties as possible.

Pilots can win World Championship points at each race and the pilot with the most points after the last race of the season becomes the Red Bull Air Race World Champion.

The Red Bull Air Race consists of the following fl ying sessions: Training, Qualifying, Top 12, Super 8, Final 4. In all sessions, only one pilot races in the track at a time.

TRAINING: Takes place on the days preceding Qualifying Day. There are two Training Days for all Master Class pilots, each consisting of two mandatory training sessions. Time of the final training session (Training 4) determines the starting order for Qualifying.

TOP 12: Takes place on Race Day. This flying session is completed in heats; the six winners plus the two fastest losers move forward to the Super 8. The heats pairings are based on the qualifying session rankings.

SUPER 8: Six winners of the Top 12 heat, plus the two fastest losers race individually to determine their ranking. The fastest four pilots advance to the Final 4. Results in the Super 8 determine 5th to 8th place race positions.

FINAL 4: Four fastest from the Super 8 compete in the Final 4 for 1st, 2nd, 3rd and 4th place race positions.

The starting order for all sessions on Race Day is determined by the results in Qualifying. The order is reversed so that the slowest pilot from Qualifying starts first.

The winner is the pilot who is ranked number one in the final flying session.