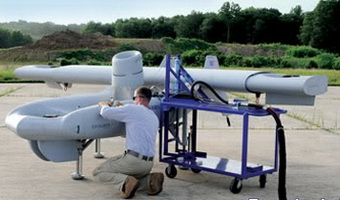 The aircraft enables the operators to focus mainly on the mission at hand, as it operates with a high level of autonomy thanks to its advanced flight control system. In order for Excalibur to assume the attack role, it will be compatible with small, precision-guided munitions such as Hellfire, APKWS, Viper Strike, and more.

TFOT covered an innovative prototype of an autonomous unmanned aerial vehicle (UAV) dubbed "Voyeur", which can be used for military applications such as surveillance and target acquisition, as well as locating and detonating improvised explosive devices. TFOT also covered a unique aircraft developed by the Israeli firm “Paralight Aviation” and designed to take aerial photographs under remote control, as well as a bat-inspired spy plane and the “L15” airship that is fully optimized for surveillance missions.