The Ilyushin Il-96 is a four-engined long-haul widebody airliner designed by Ilyushin in the Russian Federation and manufactured by the Voronezh Aircraft Production Association in Voronezh. It is powered by four Aviadvigatel PS-90 two-shaft turbofan engines, or four Pratt & Whitney PW2337 Turbofan engines. 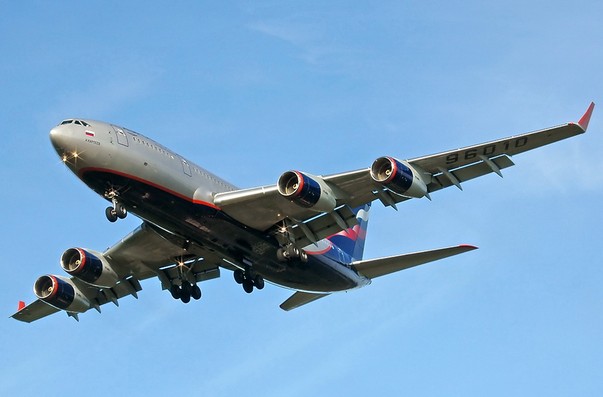 The Ilyushin Il-96 is a shortened, long-range, and advanced technology development of Russia's first widebody airliner, the Ilyushin Il-86. It features supercritical wings fitted with winglets, a glass cockpit, and a fly-by-wire control system. It was first flown in 1988 and certified in 1992. The basic Il-96-300 is equipped with modern Russian avionics integrating six multi-function color LCD displays, inertial and satellite navigation systems, and a Traffic Collision Avoidance System (including mode "S"). It allows the airplane to be operated with two crew members. The avionics correspond to modern requirements on international routes in Europe and North America (RNP-1) and allow navigation and landing under ICAO CAT III/A conditions. The Il-96 is offered in three main variants: the Il-96-300, Il-96M/T and Il-96-400.

The Il-96-300 has a standard passenger capacity of 262 seats in a two-class configuration with 18 seats with a seat pitch of 54 inches (140 cm) and 244 seats with a pitch of 32 inches (81 cm), of which typical seating is 3-3-3 (layout), but low density seating is 2-4-2 (layout possible). Galleys are positioned on the upper deck, and the lower deck can accommodate 18 LD-3 containers and crew rest areas. Although its list price is more than 30% lower than equivalent western types, Russian airlines are not particularly eager to buy it. As of September 2006, there are only 17 Il-96-300s 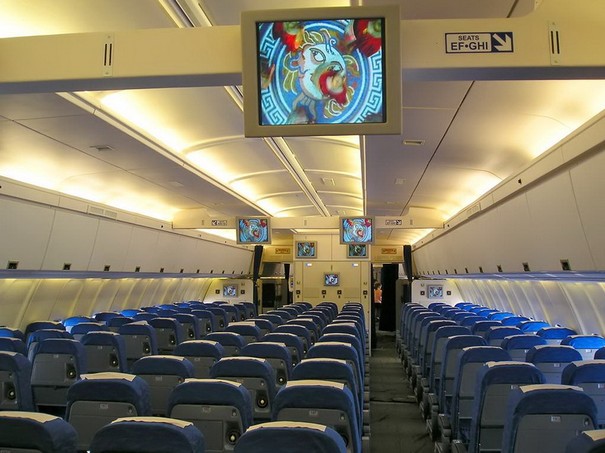 in operation with Aeroflot (6 of the 17), KrasAir (2), Domodedovo Airlines (3; actually operated by Krasair on behalf of AiRUnion alliance), Atlant-Soyuz Airlines (1; cargo version), Cubana de Aviación (3) and Rossiya (2). Two more aircraft are being readied at the plant in Voronezh for shipment to the government of Cuba. Both Aeroflot and Transaero received tax exemption when importing Western-built aircraft in exchange for their promising to buy a few Il-96's each. Aeroflot-Cargo initiated talks about ordering 6 Il-96-400T and ordered 6 more Il-96-300.

Meanwhile, Air Zimbabwe was planning to purchase 5 Il-96-300, making the airline the largest carrier of the type outside Russia and second largest carrier to operate the planes after Aeroflot. However, after talks with Russian authorities, the order was canceled (along with Tupolev orders).

Iran Air took delivery of two Ilyushin Il-96-300s on short-term leases on from Russia's Kras Air in October 2006 and will use these aircraft on a trial basis for up to one year. If they meet its operational requirements, IFC will consider placing an order for up to four aircraft.
June 2006, Syrianair announced an agreement to purchase two Il-96-400 aircraft and an Il-96-300 aircraft.

In June 2005, the Volga-Dnepr Group signed a 15 year financial agreement with Ilyushin Finance Corporation (IFC) to take delivery of two new-build Il-96-400T aircraft. The aircraft will be operated by Volga-Dnepr's subsidiary AirBridge Cargo. The first was due to have been delivered in late 2006.
Also in 2005 Atlant-Soyuz Airlines reached an agreement with Ilyushin Finance for the delivery of two Il-96-400T cargo planes in addition to the Il-96-300T the airline already operates.
The Cuban newspaper Granma announced on 3 January 2006 the first official flight of the Cubana Il-96-300, from Havana to Buenos Aires, Argentina.
As of the second quarter of 2007, the factory was to have been tuned to produce only the two latest modifications of the plane. 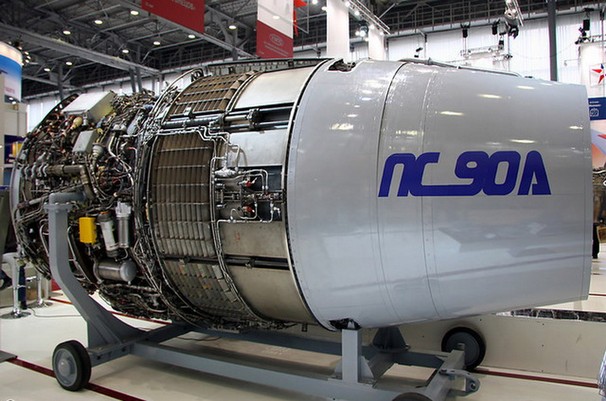 On August 11, 2009 Russian Minister of Industry and Trade Viktor Khristenko announced that the manufacturing of the long-range airplanes of this class would be cancelled. In particular, the Il-96-300 airplane had been deemed inferior to counterparts from Boeing and Airbus, and the manufacturer could not arrange commercially viable mass production, making only one airplane per year. The cargo version of the airplane, Il-96-400, will remain in production. This effectively means that Russia is left without a domestically manufactured long-range wide-body passenger airplane.

Range with 262 passengers and fuel reserves (for holding 75 minutes at an altitude of 450 m) in a two-class configuration is about 11,000 km (5,940 nmi), allowing flights from Moscow to US west coast cities, a far improvement over the Ilyushin Il-86. Two were used by Russian president Vladimir Putin, and are now used by Dmitri Medvedev as VIP planes. The VIP aircraft is operated by Rossiya Airlines.
This version also comes in a longer range version dubbed Il-96-300V. 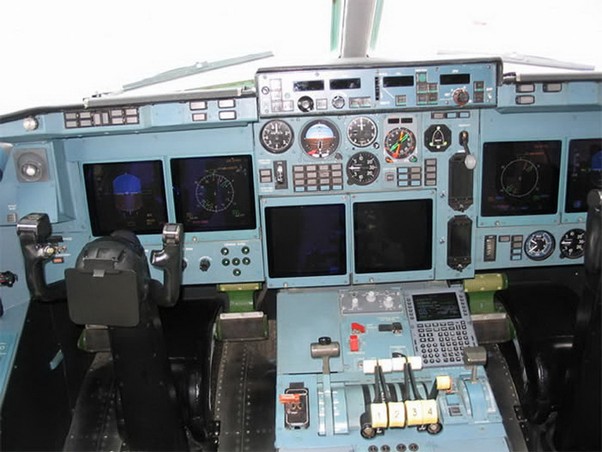 Il-96-400
The Il-96-400 was developed with Russian avionics and engines. It is based on the Il-96M/T fuselage and is powered by four Aviadvigatel PS90-A1 turbofans. It can carry up to 436 passengers. Typical two-class configuration will have 386 passengers. Range with 315 passengers in a three-class configuration is about 10,000 km. A special version, dubbed Il-96-400VT was reported on Friday 19 March 2010 by the Wall Street Journal to bid on the US $40 billion Air Force Tanker Program contract.