Due to the poor results acquired by the prototype I.Ae. 27 Pulqui I, the Air-technical Institute decided to start a new jet-propelled 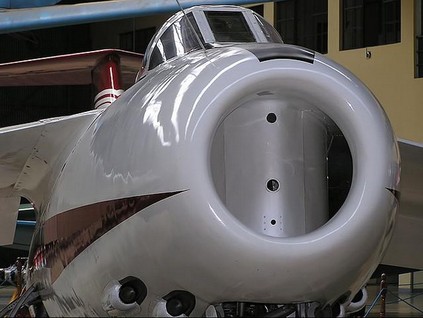 plane project. Towards the end of 1947 they started to draft a new project called the IA-33, whose motor was much more powerful than that of the Pulqui I, with its low arrow wings and stabilizers installed in the middle of the tail. After the ending of the Second World War, the Argentine government invited Kurt Tank, one of the best German designers, who was responsible for the creation of the famous Focke-Wulf Fw 190, to help in the construction of the Argentine jet.
Tank got together many of the people that worked with him on the Fock Wulf and they arrived in Cordoba, Argentina to become part of this project of the future. During the last few months of the war, Tank and his team had been working on a second-generation fighter for the Luftwaffe, called the Ta 183 Huckebein. It was an advanced fighter with arrow wings, but it was never fully constructed due to the fall of Germany. As soon as he arrived, he showed the Institute authorities the plans for the Ta 183 and, likewise, the Argentine team showed him their draft. As a result of this meeting, they decided to form two teams that would work together. Kurt Tank led one team, and the Engineer Norberto Morchio led the other. Once the two designs were finished, which turned out to be very similar, they joined the two designs into one final design by analyzing every difference and by choosing the one that presented less difficulty constructing it. It was obvious that this new plane was not just a simple modification of the Ta 183, but also the product of the innovative development of a group of Argentine engineers that applied a part of the basic concepts of the German design.
The basic ideas of the Ta 183 were not only used in the development of the Pulqui II; but without Kurt Tank knowing it, simultaneously they developed another plane in the Soviet Union using the same plans, which were obtained by the Russian troops during the German invasion. 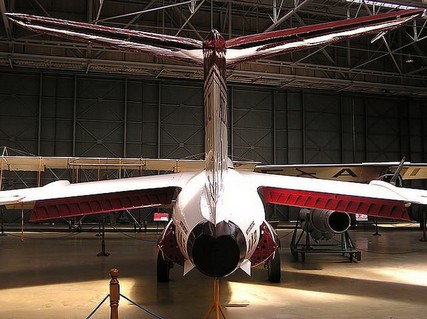 This plane was none other than the Soviet Lavochkin La-15, brother fighter of the famous MiG-15, which has the same origin. Once the resolved the designs for the Pulqui II, they started the construction of the prototypes. The first prototype did not have an engine in order to test the stability of the design. After the test, they made the first complete plane, which flew for the first time on June 16, 1950, and was piloted by Captain Edmundo Osvaldo Weiss. They had a public presentation of the airplane in the Jorge Newberry airport in Buenos Aires on February 8, 1951.
The Argentine president, a large group of diplomats, and an enormous crowd were all present at the event. The economic crisis in 1953 delayed all of the military programs in progress, including the very expensive Pulqui II. The project finally lost the favor of the government officials, and most of the German technicians left the country after Peron was overthrown in 1955. Kurt Tank immigrated to India where he began to work with their aeronautical industry. Even after everything, the project continued and in 1959 they made the fifth and last prototype. A short time afterwards, without funds and government support, the project was cancelled.

The Pulqui II was a single-seater, high-winged plane, with an arrow towards the back at a 40° angle and a negative dihedral. The tail had a "T" shape, with stabilizers placed on the rudder. It had a complete metallic construction, with a pressurized cabin that had a 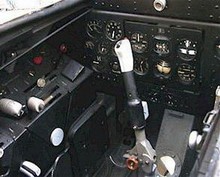 bubble-like cover. It didn't have an ejectable seat, but the pilot could eject himself by turning the plane upside down, removing the bubble-like cover, and falling using gravity. The motor used in the airplane was a single-turbine Rolls Royce Nene II with 2267 kg of power. An interesting fact is that the MiG 15 used the soviet version of the same motor. The device had such a bad performance that the test pilot Otto Behrens said, " it is the worst that I have ever experienced as a test pilot." The plane was difficult to handle and had little range due to its small tank. We know that, during the building of the 5 prototypes, these problems were adjusted, but we cannot say with confidence if they were successful. The second and third prototypes crashed, taking the lives of the pilots Vedania Manuwal and Otto Behrens. The fourth crashed during a landing test and the fifth flew only one time in 1959 and didn't have any previous flights registered. They built five prototypes in almost ten years without resolving all of the inconveniences that appeared, the project had a sidereal cost in relationship with its results, and the cancellation of the project was expected. Without a doubt, the Pulqui has an emblematic value with national historians that believe that is some way the USA had part in the cancellation of the project with the dark scheme to hinder Argentina's industrial development. 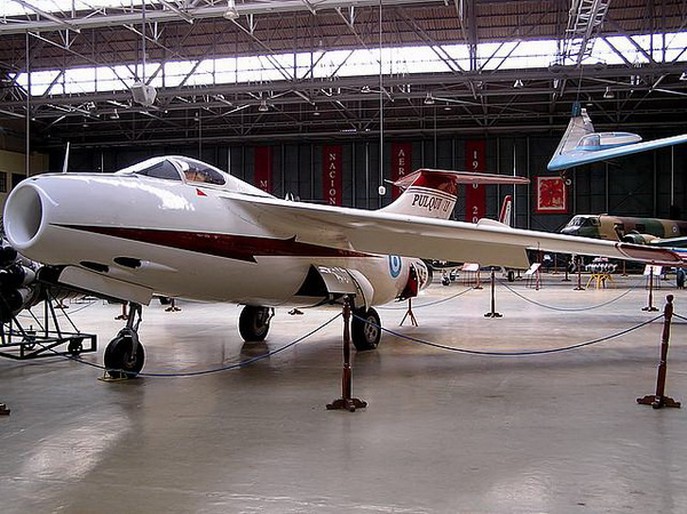