VEX1A
The first test of the prototype launcher Satellite Tronador, denominado VEX1A, was held on 26 February 2014 in a launch pad located in Punta Piedras, against River Plate, a few miles Lighthouse Bay Samborombón. The test vehicle was the first of a total of 6 laCONAE provides experimental vehicles used throughout the project. For reasons that are still not finished determining takeoff materialize although the CONAE was responsible for clarification in a press conference after the launch, what “at any time the vehicle exploded, simply dropped without affecting the launch structure and parts have already been recovered almost completely, to conduct a thorough analysis will provide valuable information to make the necessary corrections in the next trials”.

VEX1B
The second vector launched this time with ultimate success, was held on 15 August 2014. The launch of the vector called VEX1B, was confirmed by the Ministry of Federal Planning, Public Investment and Services to report that on that evening at 19.25 He was successful in Pipinas, Province of Buenos Aires, a new trial testing future satellite launcher hundred percent Argentine Tronador, with the launch of Experimental Vehicle VEX 1B. This trial aimed to test in flight propulsion system and navigation, guidance and control, all developed in Argentina, which served to verify technological maturity Project. 1B vehicle VEX, is the second in a series of 3 a 6 experimental rocket launch as prototypes to perfect the satellite launcher Tronador, and has a height of 14,5 meters, equivalent to a building 5 homes, weigh station 2,8 tons and reaches a top speed 828 mph. According to results, more tests will be done to move to the next stage, el grows 5 then move to Tronador itself, and will be released from Puerto Belgrano, in the south of the province of Buenos Aires. 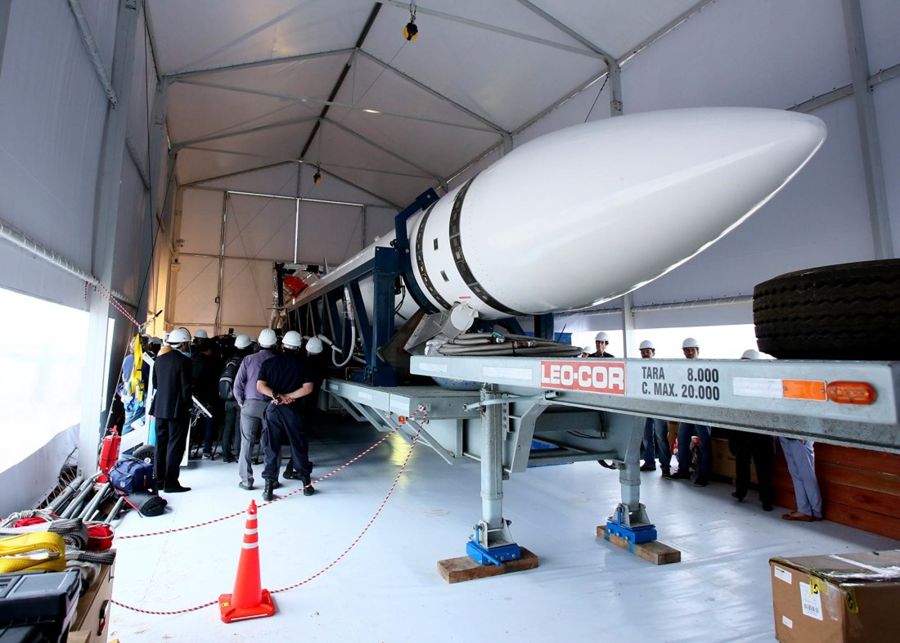 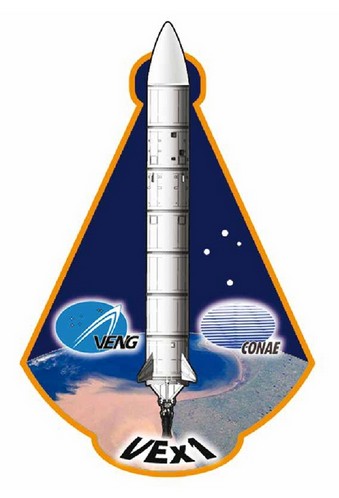 Program
The "Vex" prototipe plan is as follows: 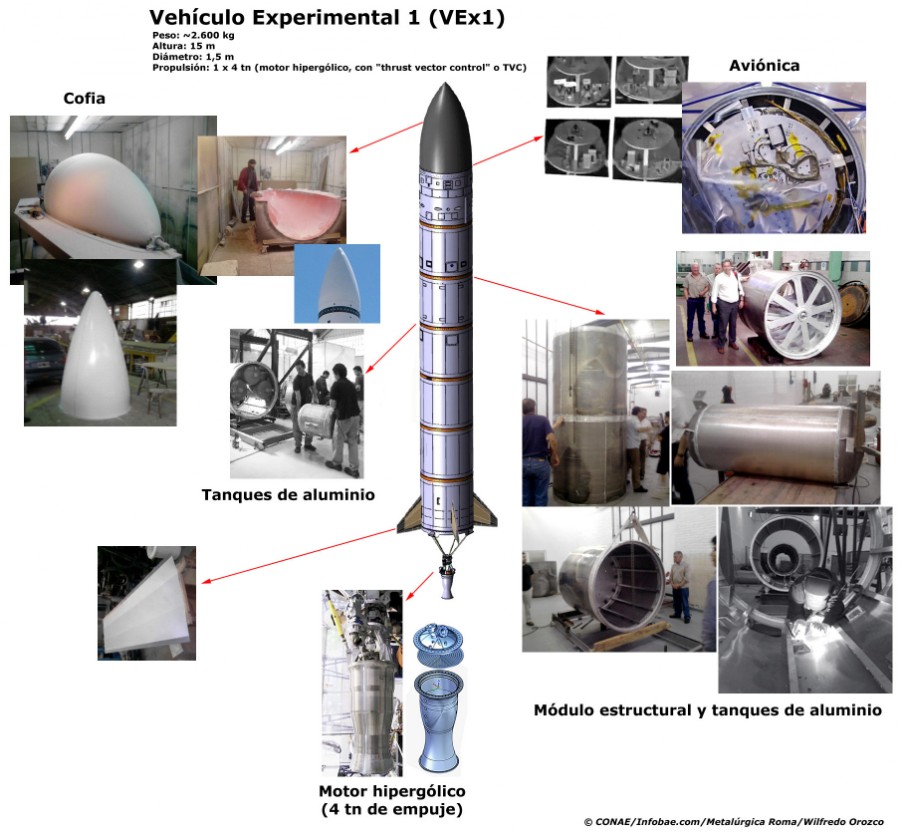 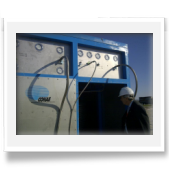