The end of World War II led to a withdrawal of the United Kingdom and France from the Middle East, and this included a withdrawal from Syria. In 1948, the Syrian Air Force was officially established after the first class of pilots graduated from flight schools in the United Kingdom. The embryonic force saw limited participation in the 1948 Arab-Israeli War, conducting bombing raids against Israeli forces and settlements. One North American Harvard was lost to ground fire while attacking Ayelet Hashahar on July 16, and another possibly shot down by Morris Mann (flying an Avia S-199) on June 10. The Syrian Air Force claimed it sole kill of the war on July 10 when a Harvard supposedly shot down an Avia S-199 flown by Lionel Bloch.

Military governments formed after the war sought to bolster the air force, which began equipping with Fiat G.59s, ex-Egyptian Macchi C.205s and Supermarine Spitfire F.22s. In September 1952 the SAF received its first jet aircraft, the Gloster Meteor F.8. Additional Meteors, including the NF.13 night fighting variant, were delievered by the mid-1950s.

The 1950s also saw Syria and Egypt attempt to unify as the United Arab Republic, and this was reflected in the Syrian Air Force with growth in personnel and aircraft. However, this union would not last. With the ascent to power of the Baath Party and Hafez Al-Asad, himself a former SAF Commander-in-chief, Syria began looking to the members of the Warsaw Pact for help and built closer ties with the USSR. This in turn led to a massive influx of Eastern-made equipment to the Syrian Armed Forces, including the Air Force.

In 1955 Syria placed an order for 25 MiG-15s, including several MiG-UTI conversion trainers. These were shipped to Alexandria and assembled at the Egyptian air base at Almazah, where Syrian pilots and technicians were trained to operate the aircraft. The fighters were present at Almazah when the Suez Crisis broke out and several were destroyed on the ground by British and French air strikes. On November 6, 1956, a Syrian Meteor shot down an Royal Air Force Canberra PR.7 monitoring activity at SAF bases. One Meteor was lost after another attempted intercept, the pilot and future president of Syria, Hafez al-Assad, crashing his aircraft while attempting to land in the dark.

Sixty MiG-17s were ordered at the end of 1956 and Syrian pilots were dispatched to the USSR and Poland for training. The first aircraft arrived in January 1957 and by the end of the year two MiG-17 squadrons were already defending the capital from their base at Damasucus-Mezzeh.

The Syrian Air Force, despite its training and capabilities, never fared well against Israel. In the Six-Day War, the Syrian Air Force lost two-thirds of its forces with the rest retreating to bases in remote parts of Syria. This in turn helped the IDF in defeating the Syrian Army on the ground and led to the occupation of the Golan Heights. 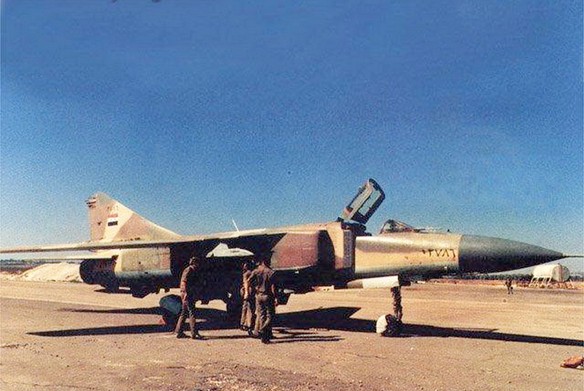 The Yom Kippur War provided initial success for both Syria and Egypt, though again Israel inflicted more casualties in the air than it endured. During the war the Pakistani Air Force sent 16 pilots to the Middle East in order to support Egypt and Syria. By the time of their arrival, however, Egypt had already opted for a ceasefire, while only Syria remained in a state of war against Israel. Eight PAF pilots subsequently started flying out of Syrian airbases, forming the A-flight of 67 Squadron at Dumayr Airbase. The Pakistani pilots flew Syrian MiG-21 aircraft on CAP missions, during which Flt/Lt. A. Sattar Alvi shot down an Israeli Mirage in air combat. Other aerial encounters involved Israeli F4 Phantoms; Alvi was decorated by the Syrian government and the Pakistani pilots stayed on in Syria until 1976, training Syrian pilots in the art of arial warfare.

Following the Yom Kippur War, the Syrian Air Force remained in the Eastern sphere of influence, whereas Egypt abandoned Eastern aid and began building its Air Force with Western-made equipment.
Behind stands a MiG-23 whose pilot defected in 1989During the 1982 Lebanon War, the Syrian Air Force fought against the Israeli Air Force in the largest air-to-air combat of the jet age, involving approximately 150 aircrafts from both sides. In six days (6-11 June, 1982) of intense combat, Syrians and the Russians claimed that they lost 24 MiG-23s (6MF, 4MS and 14BN) in return for shooting down 10(1 F-4, 3 F-15, 5 F-16 and 1 BQM-34 drone) Israeli aircraft in air to air combat. Israel on the other hand claimed that the Syrians lost 85 MiGs. However, at low level the Syrian Air Force did significantly better by using Aerospatiale Gazelle helicopters in anti-armour role against advancing Israeli ground forces. In one such engagement while approaching Ein Zehalta, an entire Israeli tank column was stopped by SAF Gazelle missile strikes. 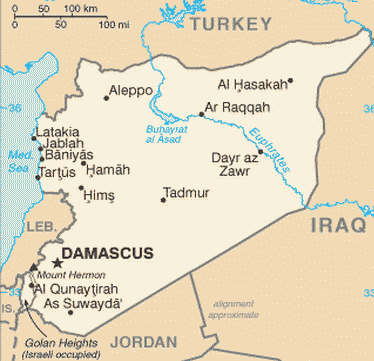 Modernization
Since then, the Syrian Air Force has continued to rebuild with Eastern-made equipment. However the full extent of this rebuilding is not known. Nor are the exact numbers of planes or what types of aircraft are in the Air Force. This is due to the amount of secrecy maintained by the Syrian government in regard to its military. It is known though that the Syrians have procured MiG-29s and Su-24s which should give its Air Force a great boost, though rumours regarding the recent purchase of some Su-27s appear to be unfounded. In 2008 the Syrian Air Force was reportedly taking deliveries of 8 examples of the MiG-31E from Russia, as well as the MiG-29SMT and Yak-130, although delivery of the MiG-31s may have been cancelled by Russia due to pressure from Israel.