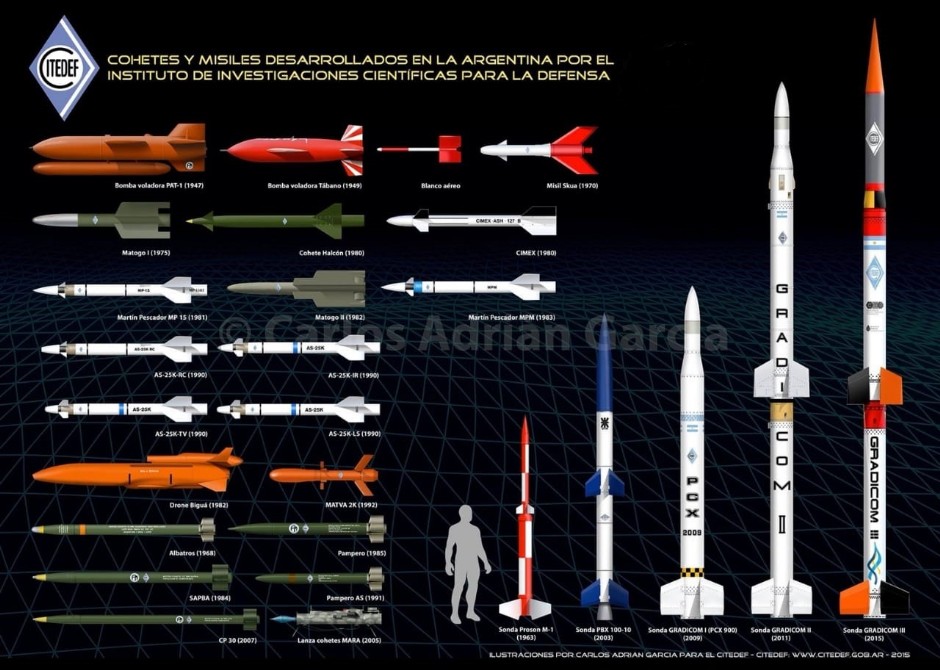 It is propelled by a booster rocket and a solid propergol sustainer rocket, with a range of 25 km at a speed of Mach-2. Its total weight is less than 240 kg, and its warhead is composed by approximately 60 kg of Hexolite 50.50.

Variants
Four variants are being considered, differing basically in the guidance system:

AS-25K-RC - Radio Commanded
AS-25K-IR - Passive Infra-Red
AS-25K-LS - Laser
AS-25K-TV - Television
It has been reported that the IR version is already developed and ready for testing. Work is being done in a laser guidance system for the LS version. Research for the TV version is being commenced.

The AS-25K is a development of the Martin Pescador MP-1000 Argentine air-to-surface missile, currently in use also by the Argentine Navy. The main differences are:
Enhanced speed and range (thanks to the booster acceleration)
Improved guidance on height/range and azimuth (the MP-1000 can only be guided in height/range)
Fire-and-forget guidance system (thanks to the IR seeker, the MP-1000 has only manual radioelectric guidance).
Greater range (estimated at 25 km, that's why the "25K" missile denomination).