Father of the flying wing

Reimar Horten was born in Bonn, Germany on March 12, 1915. He entered into Aeronautics thanks to his brother, who was 28 months older than he was, who built the Ho I when he was 16 years old. It was a one-manned glider without a fuselage, made out of wood and a coated fabric. 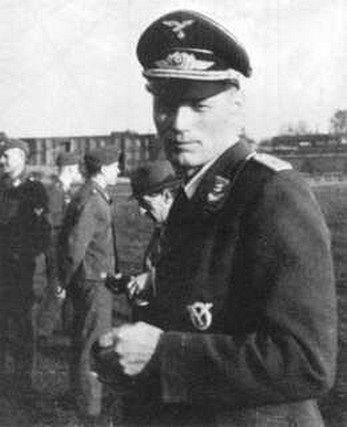 The Engineer Reimar Horten presented the prototype of what was a tetra-motor flying wing transport. Its construction was begun in 1953. The design was based on the German project of what was the II GM Horten Ho VIII. The prototype was finished in 1959, but the first test flight was delayed because there was a problem in the motors cooling system. Finally, the first flight took place on December 10, 1960, under the command of Major Rogelio Manuel Balado. Towards the end of 1961, the prototype -the only one ever built, - after flying only four times, was abandoned due to unsatisfactory results. The engine was made up of 4- I Ae 16 "el Gaucho". It had 9 radial cylinders that put out 450 HP at 2,250 RPM and that turned the propellers, which had a fixed pitch. Originally, they wanted to use a different motor, the IA R-19 R "El Indio", which put out more HP. The fuel capacity was 1,450 liters, and it was transported in the wings. It was a high-wing monoplane, semi-monocoque, bilarguera structure that was built 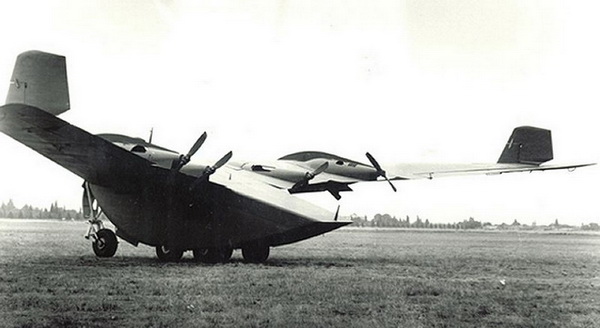 entirely of duralumin, in an arrow-like form of 36.5 º. It didn't have a tail unit, and the drifts and rudders were located in the tips of the wings. The landing axle had four principal, fixed wheels and one front wheel that could be retracted into the fuselage. The cockpit, with two seats in tandem, was situated on the edge of the wing. The cargo hold, which was very large, had a capacity of 23 m3, and could transport six tons of cargo. For this reason, it was incorporated with a wide "crocodile mouth" rear door.  The bottom part of the "crocodile mouth" was, at the time, used as a ramp when open.